This last week we were invited out to spend the day adventuring through Akagera National Park, one of the three national parks in Rwanda. The eight of us (five adults and three kids) packed into a jeep and headed out at about 5 in the morning so that we could make it there and back again in a single day.

The weather was beautiful, the park was welcoming, and though we were warned about the possibility of seeing little, we bore witness to a multitude of wild animals! 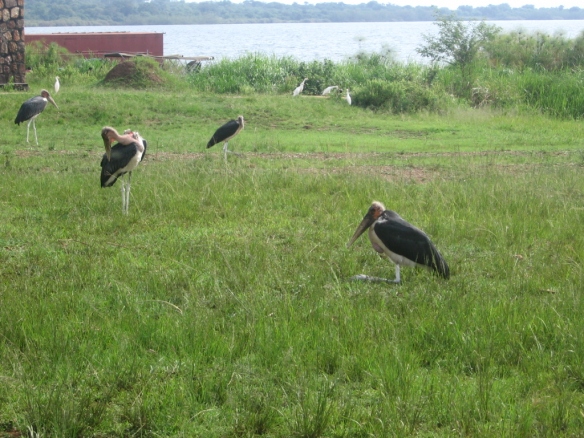 To start our excursion, we found several kinds of birds some of which looked like storks, crested cranes, some tiny yellow swallow-like ones that built igloo shaped nests in the trees, and what we thought were guinea fowl. 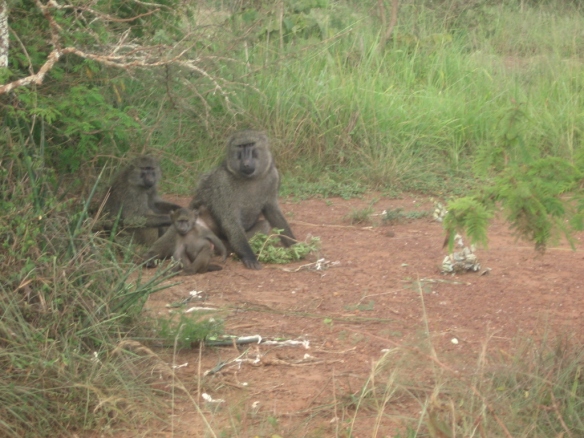 Over the course of the day we also spotted many different kinds of monkeys and baboons, which were often crossing the road or climbing nearby trees. 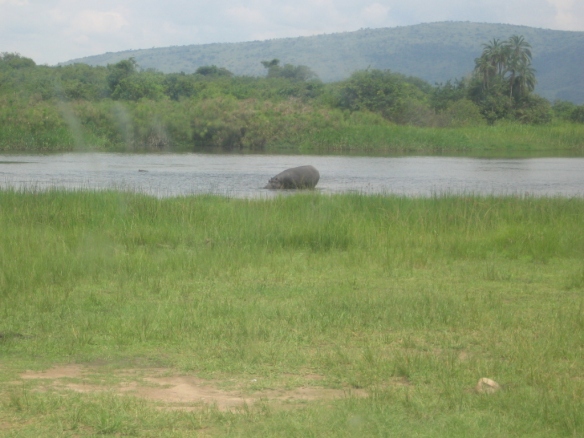 hippopotamus’ (hippopotami??) were favourites for new and unusual sightings! We stopped at a lake and saw about half a dozen hippotpotamus’ near/on the shore. They backed into the water as we approached (in the jeep of course) and gave us a bit of a show what with yawning wide and snorting water at each other. 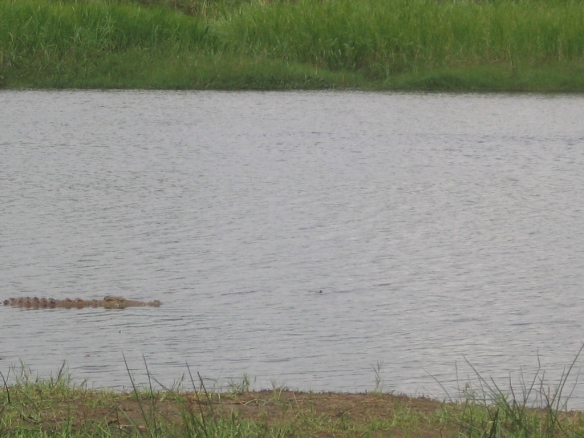 Swimming in the same lake as the hippos we saw some crocodiles. Pretty cool looking but also very evidently dangerous. 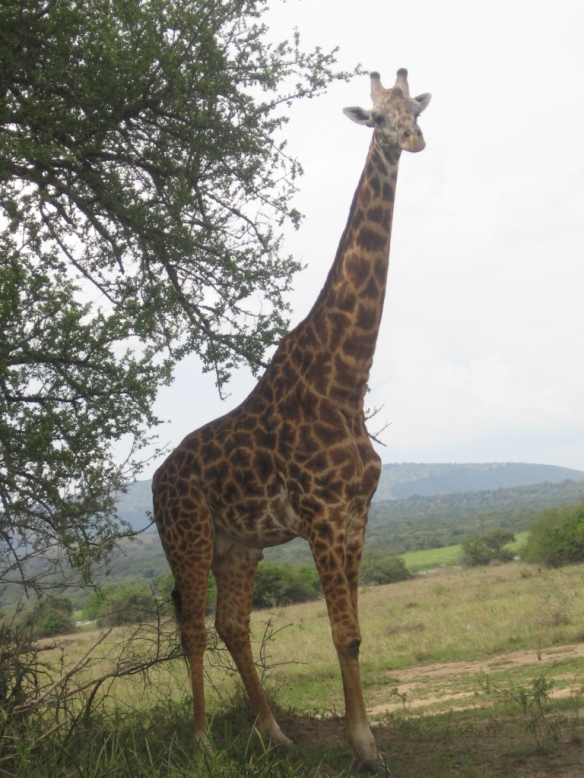 Drove into a basin where a herd (a tower?, a stretch?) of giraffes were chomping away on some of the trees. Unbelievable how vivid the dark splotches showed on their yellow/orange hides. And they really are as tall as they seem in children’s stories… I never would have expected to see so many giants in one place!! 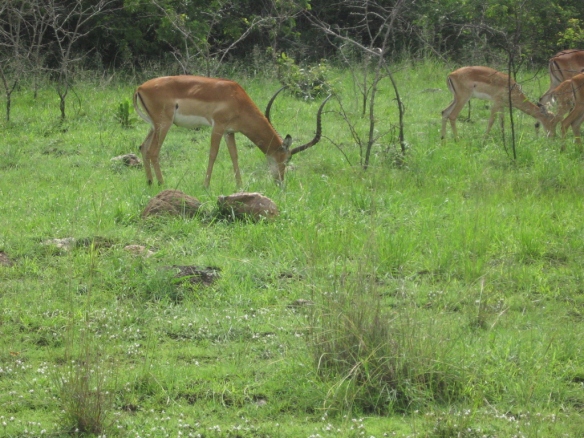 We drove through much forested area where we found herds of impala, zebras, deer, kudu, and, at the top of the list, elephants. We were driving down the trail and to our left we spotted a bull elephant maybe three jeep lengths away. 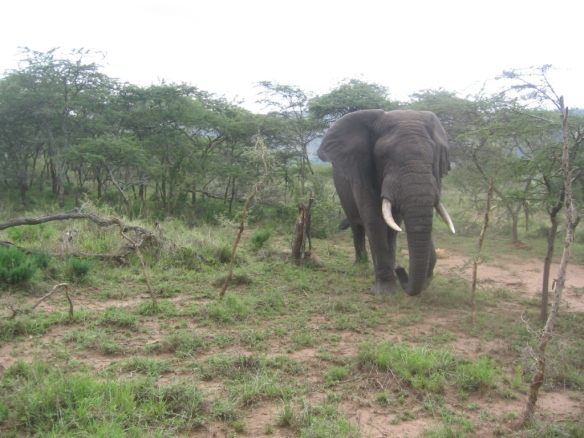 As we stopped to admire it, it became a little curious about us and then aggressive, as he began to stomp and move towards us. What we didn’t know was that on our right was the rest of his herd and as we had arrived in between them, the bull got mad. Since we decided it about time to continue on we scooted up the path until we discovered the herd of elephants enjoying dust baths in the trees. The bull continued to follow us up the dirt road toward his herd but was soon convinced we weren’t a threat and left us to our own devices.

The rain picked up as we neared the end of our adventures through the park and we were all glad for four-wheel drive. On our way out, as the clay-dense road turned slowly to heavy mud, we glimpsed a herd of zebra off in the trees. It was an incredible end to a day filled with the testament to God’s creative beauty and order.